Politics in North Macedonia has long revolved around its own axe. Even the few good things that have happened bear the stamp of the protagonists of civil society, of independent spirits and the pressures of the media and very little of politics, which has moreover been forced to move to the coordinates imposed by the dynamics of expectations of citizens

The political arena has at all times suffered from a lack of modern ideas and concepts that would foster another institutional and public sensibility that would have at its center the many realities, the countless problems that arise on the horizon of debate and perpetual controversy.

Hardened by partisan logic and always focused on survival for “life or death”, this type of policymaking has not been able to overcome the money forms of the Government, the banal perception of power, and the display in the public space of ideological militancy as a form of maintaining a sterile continuum that produces only motion. Over all the time the public scene has been improvised, providing a temporary “comfort” but subsequently appearing as accidental gatherings with the potential to undermine institutional normality.

With few exceptions, with few moments of sobriety, the political scene in North Macedonia has continued to produce vanity antagonisms, which have always been used as a “substance” for electoral mobilization only for elections, and then continued in old ways, with elite interdependence and with oligarchic vices that in many ways have been linked to the force of power. Political voluntarism has always surpassed the goals of fair systemic solutions, solutions that understand knowledge-based procedures and theories that are compatible with the problems that arise

Both during the period of past Governments, but also during this governance, with an unbearable ease, is misused a slightly broader and slightly more vital context created in the function of solutions of the international community for the stratified problems that have come as historical-political cramps from the previous period, respectively from the period of the former system. Precisely, in the name of these engagements, political elites, identifying with these contexts, have subsequently misused their governing position. They have been largely irresponsible through these engagements, stimulating political voluntarism in the Government and reinforcing partisan practices in power, despite public interest proclamations and good practices for all citizens.

A symbiosis of these contextualized commitments has also been seen during this governance, which in the name of great reconciliation and in the name of a geostrategic interest has forgiven past Government culprits, who have already been sued for an eclipse case for using violence on bloody April 27th. Regardless the interpretations and justifications already made in public by representatives of the Government, it is precisely this apology that marks the first erosion of a vision that was promoted as different from the previous one. With this forgiveness, even the current Government was already plunged into the whirlwind of justice calculations and the whirlwind of political voluntarism with consequences for the entire justice system.

In a theoretical overview “Repentance and forgiveness, a contemporary political discourse,” John S. Moolakkattu examines forgiveness in its two dimensions, the private and the institutional dimension. As the theme is most clearly articulated in Christian writings, points out Moolakkattu, forgiveness was understood as an apolitical virtue, a derivative of love, a largely private matter. Political thinkers, he says, have neglected forgiveness for the same reasons. According to him, political realism rests on the principle of political autonomy, ie. the moral principles that come from interpersonal life cannot be applied to the political world, which is governed by a set of different rules. According to the circumstances, although individual victims may forgive their offenders, institutions cannot, says Moolakkattu.

In one of her essays, Marcia Byrom Hartwell, a scholar, analyzing the perception of justice and political processes, brings the opinion of Tom R. Tylor. According to him, there is much evidence to suggest that justice is a concept created in the social space, which does not have a physical reality. For justice to be effective, says Tylor, studies of procedural justice trials have revealed that individuals and groups must feel that the decision process has been fair.

North Macedonia, despite the hopeful warnings for opening negotiations in October, in political dynamics, in the institutional field and in electoral representation, is suffering from a lack of established good governance practices and political concepts that structure European vision and democratic standards. Negotiations are just the beginning, while this process implies numerous institutional and systemic transpositions, which should really bring here principles of political functioning, outside of the current and previous voluntarism.

It seems that the battle with the political mindset that forgetting and compromising in the name of “great causes” has a functioning substance which will be long and painful. In the time when civic mistrust of state institutions has come to its peak as a result of the primitive totalitarian logic and “racketeering” in this period, just opening the negotiations, however hopeful, will not be sufficient. It will likely require a substantial shift towards European standards, fostering new energy and consolidating well-equipped capacities to respond to the challenges that will arise during the opening of chapters.

In the shadow of the political forgetfulness that is present in the political elites in the form of pre-election promises and their failure to fulfill them, but also in the electorate that remains decomposed on the margins of survival, there is a need to create a new synergy outside these two poles,  as a momentum of productive minds that know exactly what the concept of Europe means and what politics really represents

This momentum remains vital to all institutional planning, which is suffering the “banality of evil” as a permanent product of accidental policies that understand governance only as pure power, which by all means must maintain continuity. 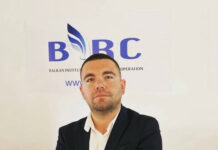 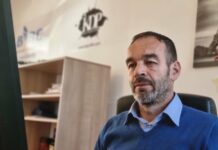 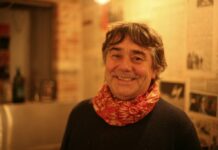