“Air pollution will kill thousands of people in Europe.” This is the conclusion of the Guardian study since 2015.

It states that the body for environmental supervision of the European Union  has failed to act on air pollution. According to them, this will lead to premature deaths across the states of Europe. The data show that in 2014 more than 400,000 people died prematurely as a result of breathing toxic gases. Medical authorities are appealing every year that the number of cancer patients is constantly increasing and that air quality is a serious cause.

Knowing the pain of Europe, in 2016, the ruling party inserted some promises for the air into their work plan. “We will complete the network of air quality monitoring stations”, this is one of the promises listed on page 253 of the “A Life Plan for All”.

The date for next year’s parliamentary elections is already known, April 12, and the online air quality monitoring station has accurate data only for the non-functioning appliances.

A year later, the candidate for mayor of the City of Skopje, Petre Shilegov, launched a program that promised citizens they would breathe clean air if they voted for him. “We provide clean and healthy drinking water and clean air because they are the key to healthy life. For us nothing is more important than human health. ”This stands as Shilegov’s second promise in the election program. Petre even pledges in the program that he will strive for Skopje to be titled as “Skopje – Green Capital 2021”.

At the end of October in 2019, residents of three Macedonian cities are the first to be hit when it comes to mortality caused by polluted air. About 1,000 human lives are lost annually due to exposure to polluted air, ie PM2.5 particles. The mortality rate that is attributed to the exposure to PM2.5 (per 100,000 population) is highest in the city of Tetovo 301, Bitola 234, Skopje 208.

Due to polluted air, not only is there an increased mortality, but also an increased number of absences from school and work.

Macedonia has become one of the most polluted countries in Europe and the Balkans. Skopje is consistently ranked high on the list of the world’s most toxic cities. You do not have to be a recognized world expert to experience the taste and smell of the air you breathe. Not only does it smell like smoke, unknown chemicals, which cause headaches and discomfort.

The Guardian did not foresee, a survey carried out four years ago reported that the polluted air would kill us faster.

Some time ago I watched a play “Life is Wonderful” directed by Alexander Morfov in MNT. It says that every person gets the greatest desire for life half an hour before he/she dies. I am afraid that our awareness and desire for life will grow even more but it will be when it will be too late.

How do you use a dll file with mac? 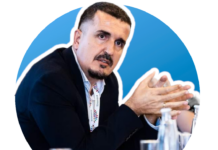