The man, who opened the door to the country’s integration into the European Union (EU) and NATO, and brought hope for a better prospect to all citizens of Northern Macedonia, is slowly losing its luster. Prime Minister Zoran Zaev seems to be experiencing the worst moments of his political career. The government he leads has been facing cases of nepotism, misuse of official duty, corruption and organized crime since 2017.

Disillusioned with the corrupted inertia of young SDSM officials, the party that organized massive protests against the corruption of former Prime Minister Nikola Gruevski’s government, citizens have lost confidence that this government will be any different from the previous one.

Zaev’s attempt to bring back hopes to the public by promising a € 5 billion euros investment in the coming period, appears that they have failed. With that statement, he had begun to look like Gruevski in 2015, when he began promising for “boom” investors just when the first wiretaps of his government’s corruption were published.

Zaev is now in the same shoes. The Italian newspaper La Verita published shocking materials showing high corruption and organized crime. This case, known as the “Racketeering”, appears to have greatly weakened the SDSM and Prime Minister Zaev. The Special Public Prosecutor’s Office (PSP) and Prosecutor Katica Janeva were the first to hit Gruevski and his oligarchs from the moment they were founded in 2015. Gruevski managed to escape at the moment when Janeva had accelerated the investigations, while the rest of the network that controlled and extorted the state’s economy continued to stand in the way of justice.

Instead of the oligarchs, starting from Wednesday, Janeva is in the Shutka prison in Skopje.

This major turnaround in the turbulent processes in Northern Macedonia, which present an attempt to establish the rule of law and non-selective law, has opened up a dilemma to the public about who are the corrupted and organized crime network members: the oligarchs Gruevski or Janeva and her supporters of politics, including Prime Minister Zaev.

With this case, there seems to be a sign of equality between Zaev and Gruevski, which could produce two concrete effects on the political scene of Northern Macedonia: First, to urge the formation of a third alternative that would channel the dissatisfaction of ethnic Macedonian voters from the two traditional parties; and the second, to produce an amnesty agreement of the corrupted acts of both parties, which would bring Gruevski back to the political scene, though not to the post of prime minister.

Next year’s parliamentary elections will be largely unknown. The major reversals that would bring also political revenge could trigger new political crises. Even more when the next government would not be obliged to respect the “winner-to-winner” principle, which implies the Macedonian ethnic winning party to form a coalition with the ethnic Albanian winning party. 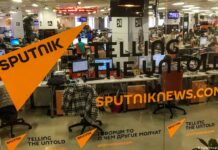 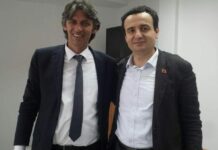 Guys Reveal The Creepiest Approaches Women Have Hit On them