Instead of Macron in Skopje-Pendarovski in Paris. Although after the decisive “NON”, the French president has announced in a video message that he was going to visit Skopje and Tirana, however, the agenda has changed. Next week the Macedonian colleague will (probably) visit him. If we take into account the rumors the month before the Brussels Summit, the official Paris with the highest echelon did not receive guests from Skopje, then this is some progress.

France was the only EU member state that said no to the start of accession negotiations with North Macedonia in October. Macron explained that decision with the need to reform the negotiation process and to regulate the situation within the EU itself. The European Council decided to return to the question next spring. Until then, according to French Ambassador in Skopje, Christian Timonium, France will work on reforming the negotiation methodology, and Skopje should continue with internal reforms.

What Pendarovski will say to Macron

Pendarovski has already announced that he wants to know firsthand what exactly is required from his state. If claims are taken into consideration made by the official media press release from the French representative in the country, then Skopje will have to promise internal reforms by May.

Macron is not a voter in Macedonia, which means that it is not easy to believe in promises that neither side has fulfilled for years. Then how likely is Pendarovski to promise real reforms by May?

Reforms should be practically done in a month and a half while the current coalition is in power, otherwise from 3 January the technical government will have to deliver results on what Pendarovski has promised in front of, not in a mood Macron.

The other option is after April 12, the party that will win the election and make the government deliver the results to convince the French president in May.

All options are hardly feasible if we take into account the will to bring justice to the country. Can we promise fair and democratic elections? If we have been delivering this request for years, I do not see why we could not fulfill it now. Nevertheless, will Paris be satisfied only with that?

Pendarovski has a difficult task. The promises in front of Macron can cost a lot if they are unrealistic, and if they are real, they can cost the state at least one more delay in starting negotiations in May.

Another option is to roll up your sleeves and work towards meeting the common goal that everyone talked about ten days ago at Villa Vodno. I know, we are not in Scandinavia, but it is time to ask ourselves how long we are going to lie ourselves!

* Next Tuesday, when the Macron and Pendarovski meeting is scheduled, meteorological forecasts forecast rain, no wind and fog expected in Skopje. The same goes for Paris! 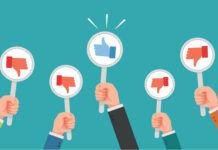 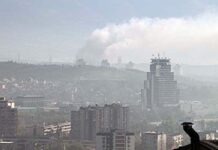