Meteorologists said this summer would be remembered as the hottest in the last 140 day. God’s work, my pilgrim grandad would say, while field specialists recall that this is the result of global warming…

This summer, the Albanian political space, will be remembered with things that reminds you of the old man’s saying, you do not hit the head in the wall, without which this desolate block, could have smelled us!

Not just a democracy in transition,’ stated Pendarovski in the Macedonian section for VOA.

His comments followed the latest mega-scandal ‘The Recketeering’, where from at least one businessman was seized 1.5m euros to escape a lawsuit, in which, in addition to two detainees, it is suspected that a special prosecutor in resignation, Katica Janeva, is also suspected of being implicated. He said that but nobody didn’t mind.  In fact, if it could be called a reaction, this all was followed by the Government’s decision to set up a commission to fight crime and corruption, a move that entitles those who have long said that ‘if you want to silent a problem’, to never solve it, create a commission’!

Even there, as in Northern Macedonia, God knows what kind of autumn this summer of rapidly replacing scandals will bring us? They talk about ‘Vetting’, while it is still proven that ‘The law is made by Maliqi’. Faik Bey Konica, just as many years ago, had seen well the bitter reality as he wrote to us that we were “… valiant to serve the purposes of strangers; weak for our affairs. “

Just like Noli who does not hide anger in Barabyte’s march:

O you mad, noisy, precious for a root,

Shame-and-stinked durt pods on your knees,

Allalla, you outrages and murderers, allalla! – would say Noli, even nowadays!

What parliamentary majority they will produce remains to be seen, but experts and US administration officials, accustomed to our Balkan whims, they left to be understood, as a hint, they don’t want elections but solutions. A lasting, mutually acceptable agreement for both sides. The former Pentagon official, currently director of the Penn Biden Center, Michael Carpenter, has said that because elections are held in Kosovo this fall, and in Serbia in the upcoming year, he is not optimistic that Pristina and Belgrade can do anything, ‘… even though that Paris, Berlin and Washington are paying more attention to this issue. ‘

According to him, it is not good that internationals have so far focused on small gradual improvement, of relations: ‘I have consistently considered that the international community is not sufficiently committed to investing in the Western Balkans, especially those dealing with conflict resolution of the Serbia-Kosovo conflict. That should be something big, not one or two billion dollars, but more money to be invested.

For example, establishing of a fund of 10-15 billion dollars to stabilize the situation in Serbia and Kosovo would not be beyond the reach of the EU. The United States can also participate, ‘has stated Carpenter for VOA. This has led to the idea, that from the politics of ‘cakes and sticks’

to ​​join the idea of the exchange of territories and populations.

Anyway: Autumn is going to be hot. We should wait and see! 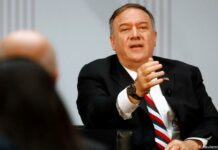